The evolution of Microsoft hiring processes 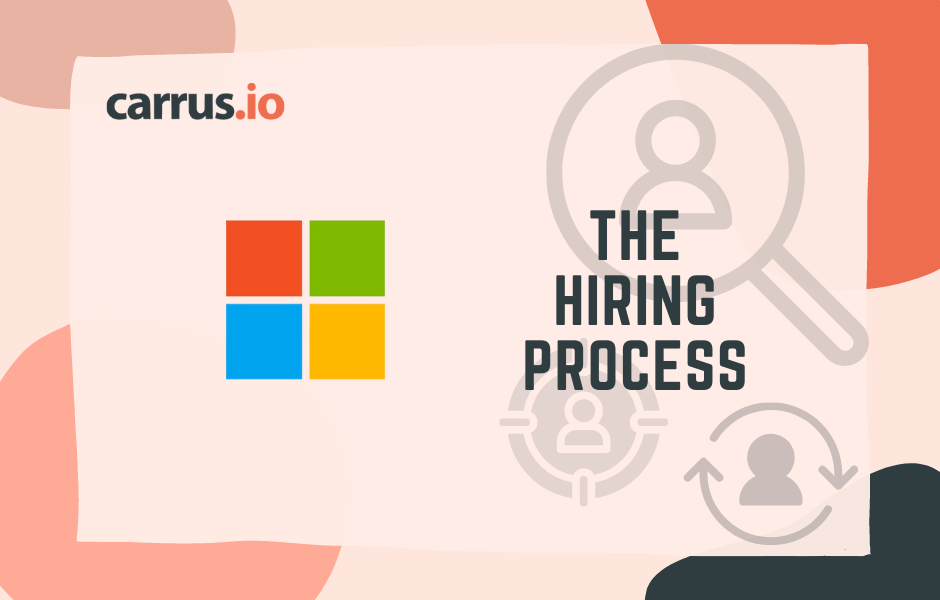 Plus, the 6 core competencies you’ll be assessed on

Microsoft used to be a very cut-throat environment without a lot of work-life balance. But things have been changing from the experience that employees have to the hiring process they use to assess and hire new people.

We sat down with Carrus Coach Carlos Hattix, who has prior experience as a recruiter not only at Microsoft but also at Amazon and Uber. We’ve asked his take on what to expect when it comes to interviewing at Microsoft, so read on to learn insights!

What makes Microsoft stand out amongst top tech companies is their attitudes towards work-life balance and caring for people. Microsoft is very family-friendly and offers equal paternity and maternity leave for parents, Wellness Leave (outside of regular paid holidays and sick leave), and they have a strong focus on philanthropy.

Microsoft has always been a community-based and charitable organisation. In fact, they will pay you 40 hours to go do community service. Plus, they will provide you with money to donate to charities and they will match your donations up to a certain percent (almost 100). They even have dashboards to help you donate – just pick your charity and click.

“Some engineers like to refer to Microsoft as the ‘Lazy M Ranch’ and I concur because some employees stay for 20 years because they get really great benefits [including the ones listed above]. When you go to Microsoft and want to make a career change, the internal transfer protocol is solid in that you can move to other units if you want and if there is an opening.

“The organization used to be siloed in that each business unit operated independently of one another which led to a lot of redundancies. But they’re becoming more interdependent and doing sharing and collaborating under the current CEO, Satya Nadella.

“Go in with the mindset that this is the kind of organization that Microsoft has, instead of wondering what kind of personality type they’re looking for. Like most tech companies, they are looking for people who are strategic, adaptable, who have a bias for action, and can bring new ideas to the table.”

Speaking of mindset, Microsoft has 5 key aspects of their culture that they keep in mind during the interview process, including Growth Mindset, Diverse & Inclusive, Values, and Manager Expectations. To learn more about these key aspects, visit their page on interview tips for all roles.

The Old vs New Interview Process

In fact, John Montgomery, the Corporate Vice President at Microsoft, shared in 2018 that he had a series of epiphanies about their hiring process as to what hasn’t been working and what they can do to improve it.

Here are his 3 epiphanies in a nutshell:

Here’s what Carlos shared with us about the evolution of the hiring process:

This evolution of the hiring process has created a sense of “old” and “new” hiring methods. Some hiring managers might continue to interview you in ways that have been done for the past decades, whereas others may have adopted these new kinds of approaches inline with other tech firms to stay competitive.

For example, instead of the “old” approach of asking hypothetical brain teasers, the “new” approach that Microsoft is taking is similar to Amazon’s and Apple’s which consists of asking you questions related to behavioral competencies.

Between this old vs new hiring process and given that many of the departments at Microsoft have had a history of being siloed in that they have operated independently of each other, there isn’t really a set structure that anyone can guarantee for your experience through the process.

However, Microsoft has been focusing on cross-collaboration which has brought more unity to the departments, though this hasn’t necessarily cascaded through to a unified hiring procedure.

One thing that has not changed, however, is that Microsoft tends to interview many candidates before making a decision and they’ll compare you against other candidates. Other tech companies like Amazon will simply decide to hire or not hire you based on your individual performance.

So what exactly can you expect from the interview process? Keep on reading, there’s more.

Here are the steps you’ll go through in the interview process at Microsoft:

When you go to the onsite interview, you will meet with each interviewer one at a time. The sessions take around 1 hour each, for a total of 4-5 hours.

“The last interviewer is called an ‘As Ap’, which means ‘As Appropriate’. They’re like the Dalai Lama of the interview process; once you do so well, you’ll meet this person. The ‘As Ap’ is a senior, tenured interviewer similar to the Amazon Bar Raiser, but not as prudent.” says Carlos.

The 6 Core Behavioral Competencies you’ll be assessed on

Microsoft has 6 core competencies that they will assess you on: Adaptability, Collaboration, Customer Focus, Drive for Results, Influencing for Impact, and Judgement.

“For any question you are asked, they are assessing your thought process. How do you go about defining the problem, how are you strategic about a solution, and what are your tactics for execution. The best way to prepare is to provide specific examples and these can be from prior experience or details on what they would do in a situation,” says Carlos.

Here is a break down of each competency:

How capable are you at dealing with ambiguity?

Sample question: Tell me about a time when you were given a task but at the last minute your manager wanted you to pivot or go in a different direction.

“A good answer would be something like, ‘At my current company, we had a campaign that we had to execute in a week and right before we started my manager said we no longer have a week but only 48 hours. I had to figure out how to get my team aligned on the new deadline.

“Your examples don’t always have to be wins, nor that the outcome was the intended outcome. It’s about how you articulate your situation ” says Carlos‍‍

How well do you work with others?

Sample question: Can you give me an example of a time where your team or business unit had to work cross functionally with another organization at your company to accomplish a goal? Describe the situation and what your role was in that effort.

“An example of a good answer is something like ‘While I was at Amazon, I worked in web services and we collaborated with the fulfillment center on increasing efficiency in the warehouse. We supplied them with functional requirements that kept workers from being efficient, got suggestions, executed it and were able to be 5% more efficient.

“State the mission – who you are and who you’re collaborating with – and provide data and numbers. Think qualify, then quantify.” shares Carlos.

Sample question: Tell me about a time where a customer wanted one thing but you felt that it was better for them to go a different direction.

“Any response that is general and broad is usually not good. You don’t want to say something like, ‘Customers are doing that all the time and I make sure I steer them correctly.’ What was the situation, what did you do, and was the customer happy with the answer? How can you show that you were customer-focused? Be specific with your response,” says Carlos.‍

Sample question: Tell me about a time when you’ve set a goal for yourself (and others, if applicable) and then pursued those goals with enthusiasm and energy.

How can you show the interviewer that you took action towards a goal or deadline, as opposed to executed the bare minimum?‍

Sample question: How do you influence people who do not report to you? How do you get them to do things even if they don’t want to or need to?

Some ideas to consider in helping you craft your answer are to think of times when you’ve used active listening, established common ground with someone, focusing on the positives or benefits of your mission, and reaching an agreement. You can learn more about persuasive influence, here.

Sample question: Describe a situation in which you’ve had to make a big decision. How did you come to your decision, and what were the results?

Be sure to share with the interviewer your thought process. Did you analyze data? Did you research pros and cons? Did you consult with others? The more detailed your response is to help paint a picture, the better.

Interviewing for a tech role? Here’s what else to consider

During the interview process, you will be asked a coding question and have to whiteboard (literally writing your answer on a white board) to the interviewer.

The kinds of questions you should ask interviewers

Interviewing goes both ways – you want to assess Microsoft as the right career move for you as much as Microsoft is assessing if you’ll be a good fit for their company.

Here are some well-received questions you can ask the interviewer:

“These kinds of questions show that the candidate wants to know what it’ll take to be successful and what the pitfalls are and how to avoid them,” says Carlos.

Microsoft’s hiring process has been evolving, but that doesn’t mean you can’t prepare well for anything to come.

Our Carrus Coach Carlos has a background in recruiting not only at Microsoft but also Amazon and Uber. Come schedule a session with him to gain insights and prepare for your next move! 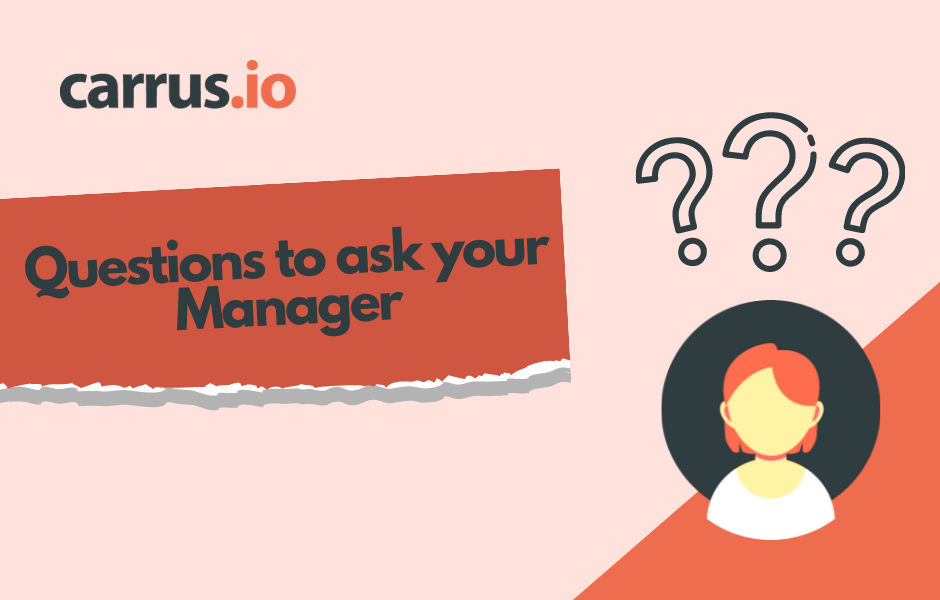 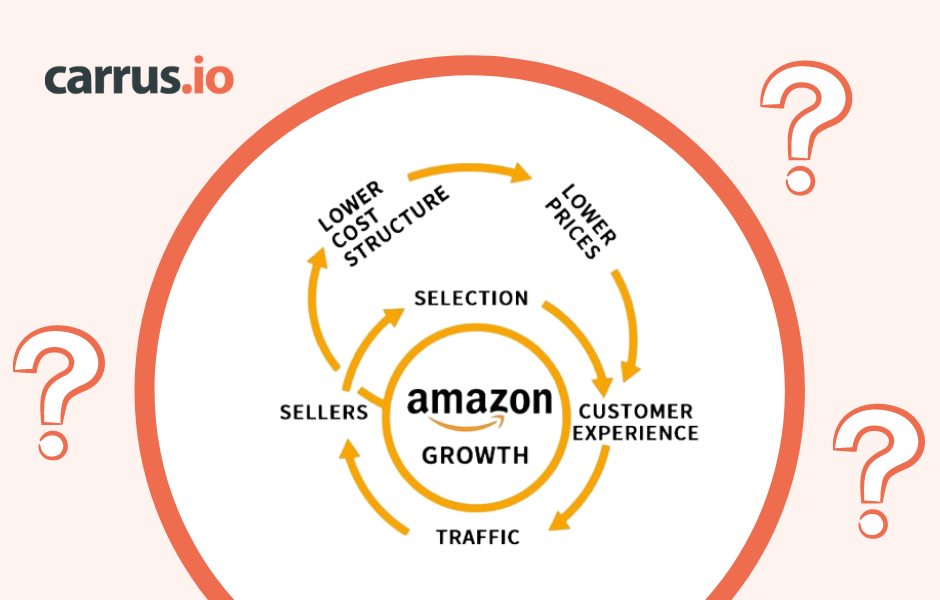 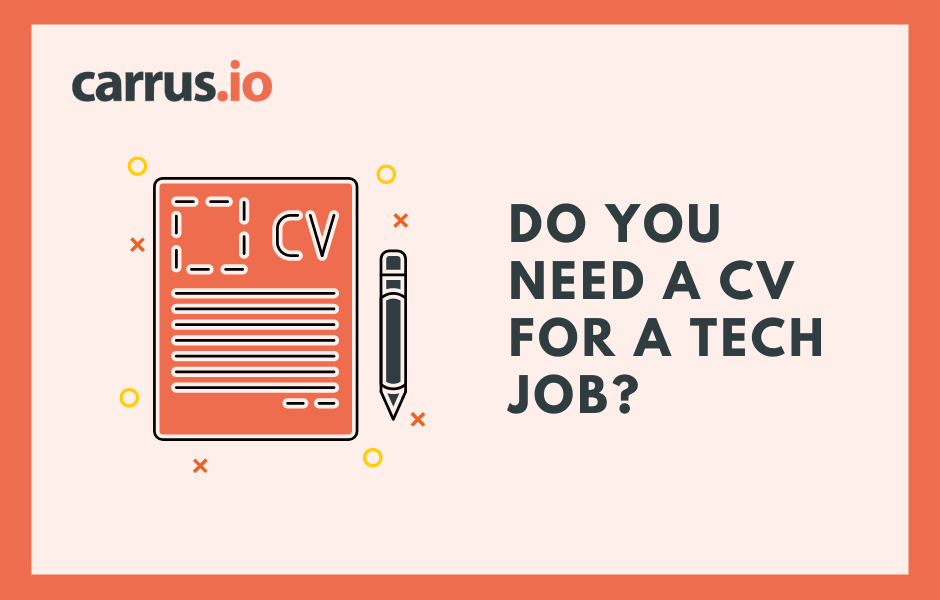